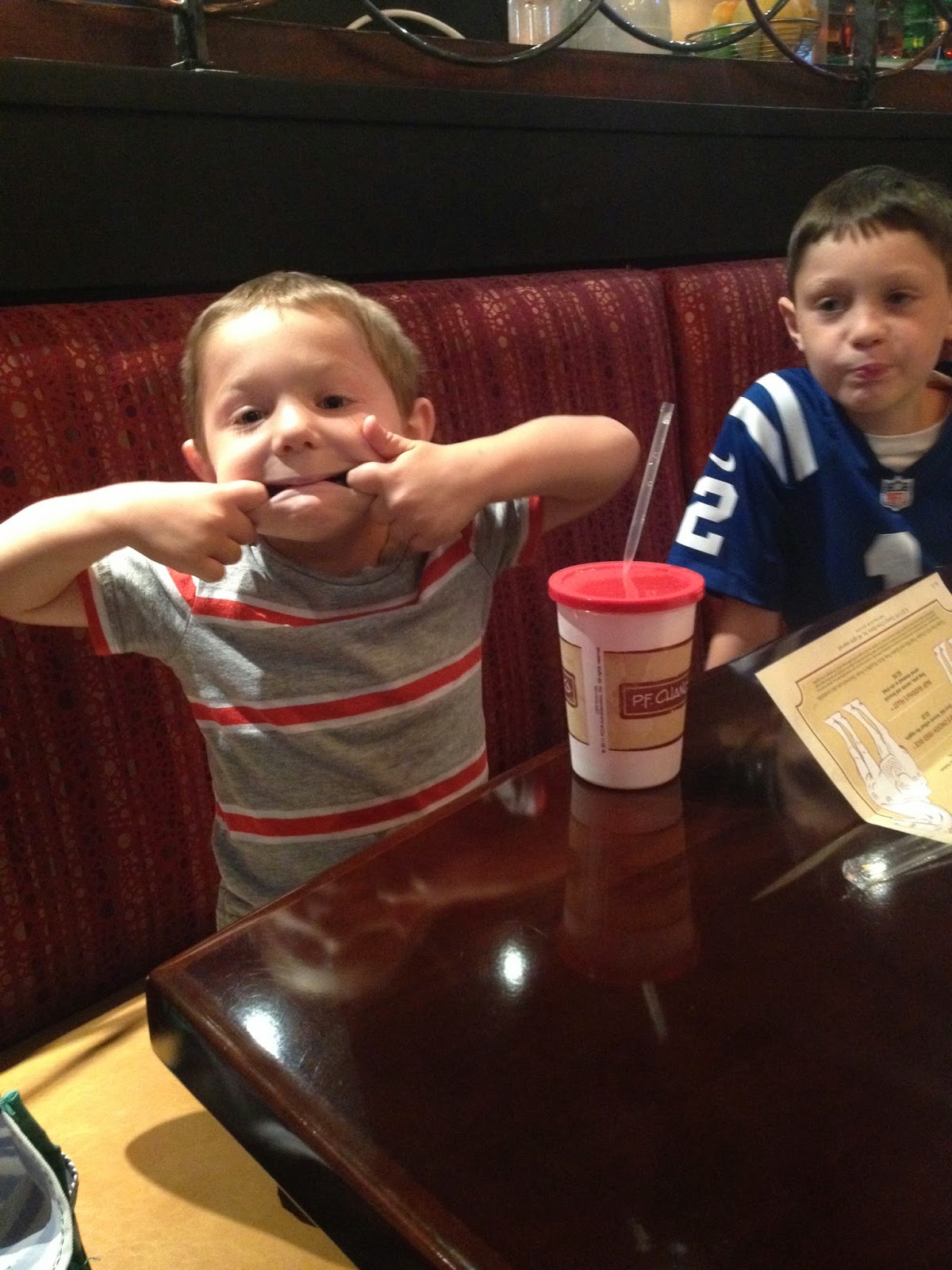 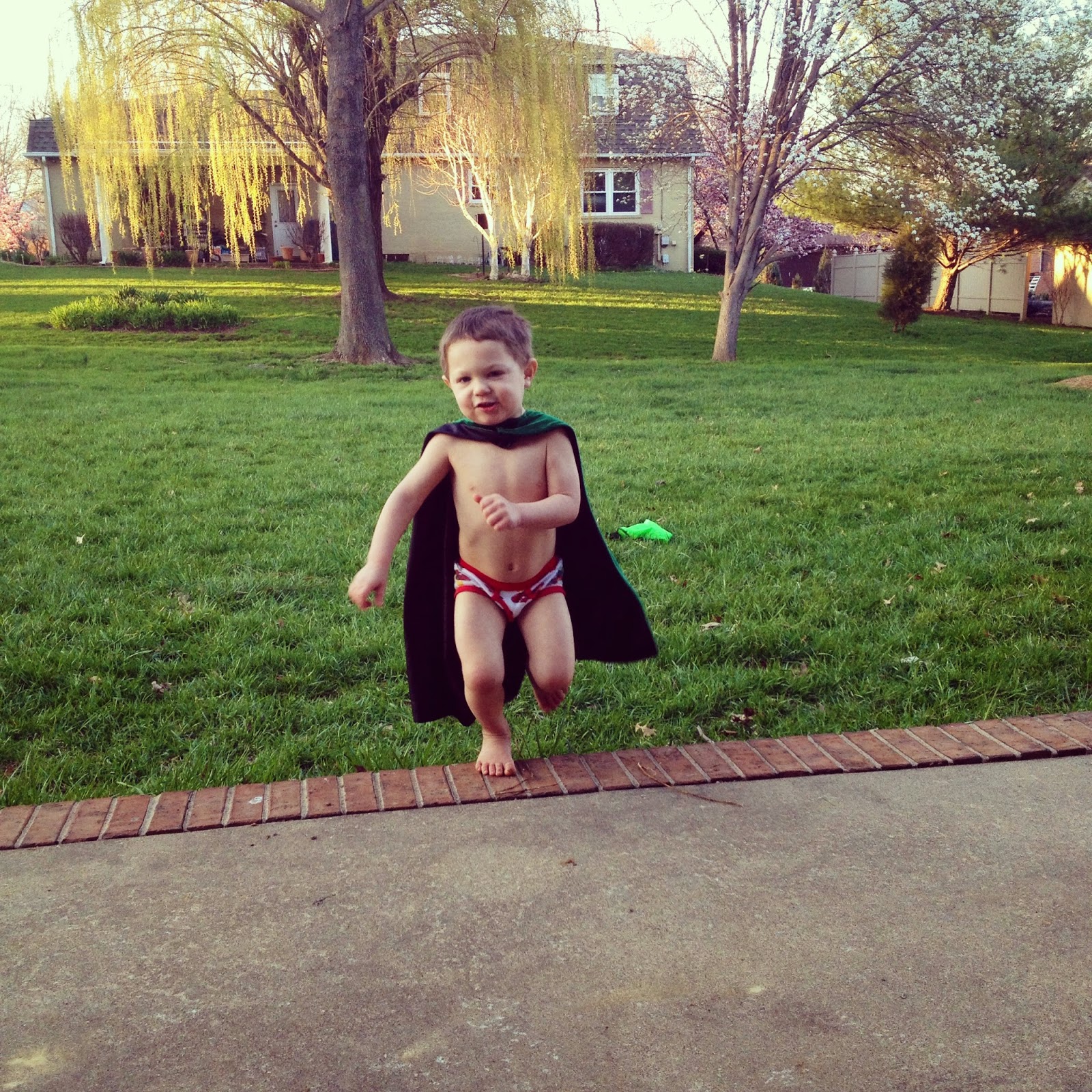 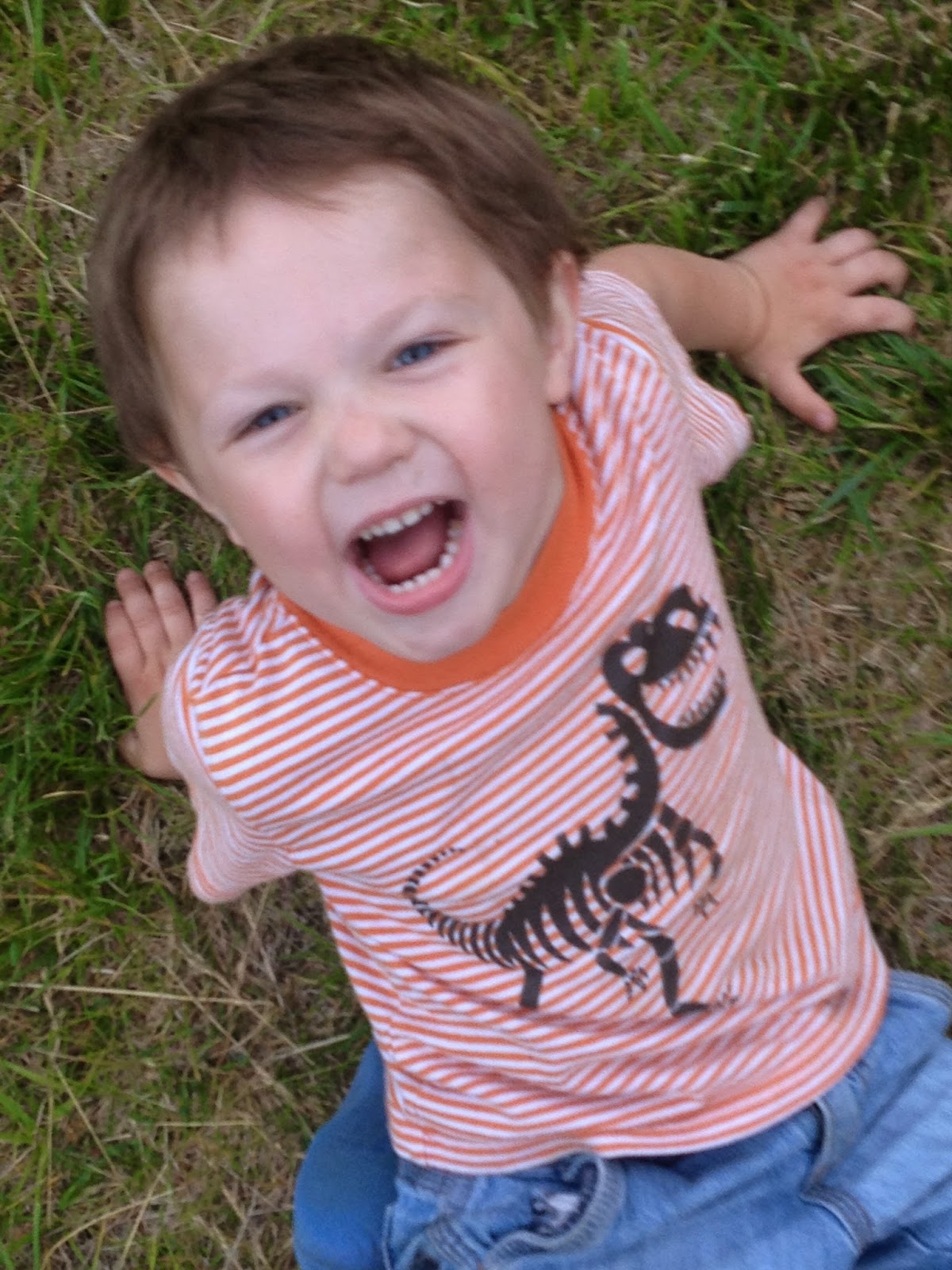 This boy ^^^ says some funny stuff.
Yesterday, he told me while he was taking a bubble bath that he was covered in bubble sauce.
Bubble sauce.
Later that evening, one of the kids suggested we hold hands during our family bedtime prayer and Nash started wiping his nose on Triston's hand. Travis asked if he had an itchy nose and in all seriousness he said, "No, I just have snots up there". We all started cracking up which motivated a good 2 or 3 minutes of silliness before we could actually say the prayer. ...you give them an inch.
And he's been asking why he has to grow up because "He wants to be small forever". It's the sweetest thing, until I am reminded of all the epic fits, mega messes, the fierce independence that makes us but-heads, and all the mischievous shenanigans a small boy can muster - and I think no way.
Three is hard.
at August 15, 2014 No comments:

﻿
Look who's blogging again! Yay - because I've got a lot of stuff to put down into words. Like how my big boys are getting ready to start 5th, 3rd, and 1st grade. And how the baby isn't a baby anymore and says the funniest stuff ever - but is a for real, like, terrorist at the same time. And how I'm about to have an actual baby. A baby girl. I don't even know what is happening in this little life of ours. And that's the beauty of blogging - its a fun little record of me just figuring stuff out.

But, I'll start with an easy post. A favorite recipe everyone should try.

Sometimes I think Pinterest is ruining the world. Like, seriously. The website took 'keeping up with the Jones'" to a whole new level. The parties, the crafts, the kids' ideas, the décor, the wardrobes - the list goes on and on. But the one thing I love about Pinterest is the RECIPES. A bazillion recipes, right at the touch of your screen.

I think my sister in law found this one a year or so ago and we've both added it to our arsenal. It. Is. So. Good. But, don't ask my Jackson - he thinks it's gross. I love anything with cream cheese on it or in it or around it, I'm not picky. And he just doesn't know what's up. Get the water started to boil the noodles. (Tip: Add just a small amount of olive oil to keep the noodles from sticking together) In another pot, cook the hamburger until browned, drain, and mix with the jar of sauce - set aside.

Put the diced onion and 4 T. of butter in a microwave safe bowl and microwave on high for 4 minutes, or until onion is soft. I picked this up from the original recipe and I can't find any reason to dirty another pot to do it on the stove so....microwave it is. After the onion has softened, put the block of cream cheese in with the mixture and microwave for another minute. Stir well, until the cream cheese is melted into the butter and onions. Add a splash of milk to thin out the mixture. The original recipe calls for 1/2 cup, but I think it's just a little too much.

When the noodles are done, drain, and dump into a 9 x 13 baking dish. Spread evenly with a fork. Layer the cream cheese mixture first, followed by the meat sauce. Bake at 350 degrees for 30 minutes.

After the 30 minutes have passed, pull that baby out and sprinkle the top generously with the french friend onions. Pop back into the oven for another 5 minutes and you are done!

I usually make garlic bread and salad to go with.

And if you are 8 months pregnant, like me, go heavy on the Prilosec on this one. #friedonionsequalskillerheartburn