Pizza Quesadillas and the First Day of First Grade. 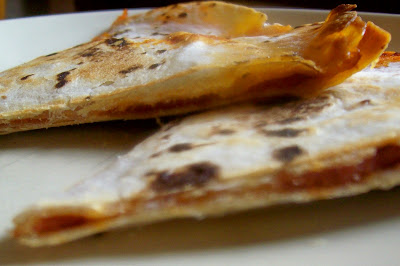 So I bought a quesadilla press last year at a yard sale for $3. I thought I would use it all the time, but guess what? I've used it maybe 3 times in a year. It's taking up space and I thought to myself that I had to start using it or it had to go.
A couple of weeks ago I bought stuff to make a homemade pizza, with a homemade crust. But, yeah right. It didn't happen, so I had pizza sauce, pepperoni, and mozzarella cheese just sitting in the fridge taking up space. I also had some tortillas that needed to be used up.
Wah-la!
A whole new reason to use my quesadilla press! And a whole new reason for my kids to not complain when I serve them lunch!
It's a win-win!
And of course, you don't have to have a press to make a pizza quesadilla. A heated frying pan works just as well, just  be careful that the ingredients don't fall out when you flip it! 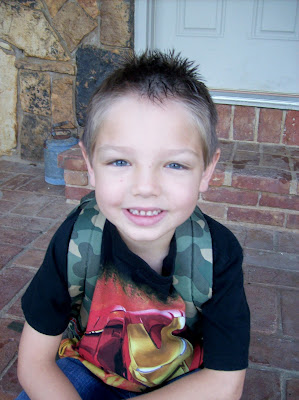 He is getting so mature. When I picked him up he said it was the best day of his life! Which, being school # 3 for a first grader, I think is pretty cool. 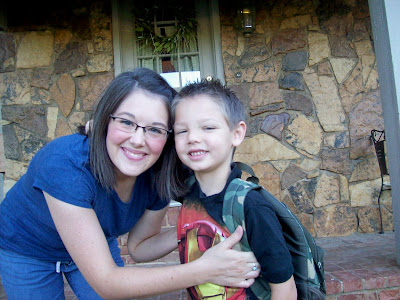 But, I'm not going to lie...things go a little smoother around here when one of the boys is away, so I wasn't sad. Gasp. 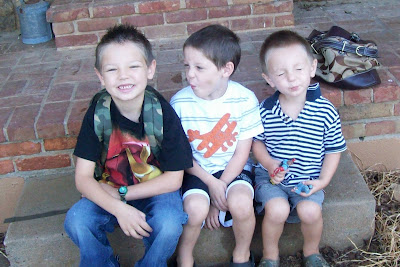 And Jackson will actually still take a nap when Triston isn't around to distract, which means that I'm not so mean during the day. Hooray! (....mostly for Travis) 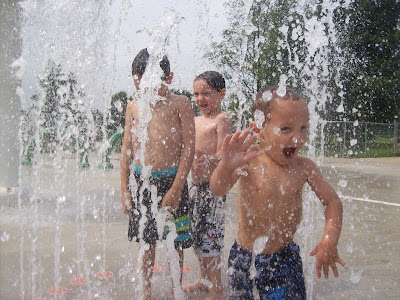 And can you BELIEVE that all the pools and splash parks are already closed for the year? It is still in the 90s here and I've got two littles still at home practically dying when they go outside. Not fair.
P.S. I've got the cutest little niece EVER. Take a look for yourself.... 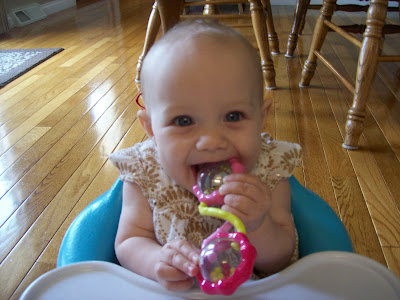 Here's What I Do with Leftover Pork.... 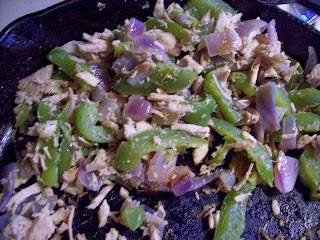 This was from the pulled pork sandwiches. Pork Fajitas! Yum.

I melted just a little REAL butter in the pan and threw in an onion, a little pressed garlic, and green pepper. I seasoned the vegetables with a few shakes of salt & pepper, a LITTLE cumin, and crushed red pepper--saute until soft. Shred the leftover meat and toss with the vegetables until warmed through.

I roll these babies up in flour tortillas, sprinkle on a little cheese, and top with sour cream. A dream in your mouth. Really, it's that good.
at March 03, 2009 No comments: 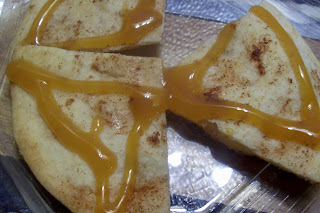 Coat any leftover tortillas with melted butter on both sides. Sprinkle generously with sugar and cinnamon on both sides as well. Bake at 400 until slightly bubbly, 5-10 minutes. Watch carefully, though. They don't taste good even if they are slightly burned. You want them to be crispy, though.
Top off with carmel sauce. I use Carmel Sundae Syrup from Smuckers. Yum.
at January 28, 2009 No comments: