Last week I got an email saying that I had won a $20.00 gift card for Amazon. How exciting, because I am an Amazon regular. Yes!

So. There's this new app out called Snapmyad. Basically, it is registered snapmyad users, like you and me, that snap photos with our smartphones of brands. The brand promo that I won was for coca-cola. here it is: 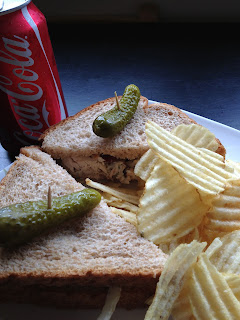 You upload your photo to snapmyad and then it gets voted on by other users and the snapmyad crew. And that's it. For a newly developed app, it works very well and is very easy to navigate. no snags that i've encountered AND the best part are the perks! lots of chances to win gift cards from favorite stores and restaurants. The Starbucks promo right now is offering a $730.00 gift card - that's one full year of Starbucks every day!

Josh and Yvette Lee, friends of friends of ours, developed this app. I was one of the first winners, so as Josh was emailing me about where to send my gift card, we started chatting about how the app was developed and i got the 411 - does anyone say that anymore?! yikes.

so josh and his wife were flying back from florida  last year in the midst of a tropical storm. Every flight was getting cancelled and they were anticipating that theirs was going to be as well. But, for whatever reason, they got the green light and got on board. It was actually the only flight that took off that night. As they were waiting for take off, Josh snapped a pic outside the window and uploaded it to instagram. He said to his wife that the pic looked just like a ad for air tram.

from there they got specific about their idea and created a business plan. having no experience in app development or coding, they traveled to NYC and pitched their idea to developers.

what is available now is the first edition of the app, that was launched for friends and family to try. josh says that they already have new ideas for improvements like push notifications and different categories that will be available soon.

i asked josh what his vision for snapmyad is. he says that he hopes to get major brands on board to sponsor their promotions and help create a new way to advertise. yep. snapmyad has some terms and conditions, like instagram, that allow 3rd party users to use your photos. the difference? YOU get to decide what pictures to upload for a specific brand. and the payoff? YOUR picture could be used in an actual ad campaign. so instead of joe schmo downloading a pic of your child or family to do who knows what with - a reputable brand could use your picture.

pretty cool. actually, i think this one is really going to take off. in our social media crazed world, we are finding new ways to communicate, advertise, and share our lives. this one just makes sense.

check it out. and while your at it, vote for my pictures?! i have a couple in the food promo and chocolate promo.